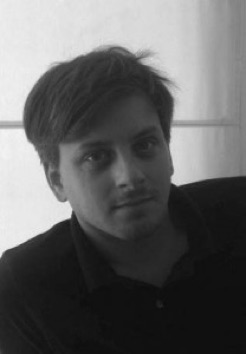 I developed an interest in contemporary Japanese architecture during my early studies at the Universite de Montreal. The discovery of architectural magazine such as GA, Japan Architect, Shinkenchiku, a + u and Jutakutokushu, showed me another approach to architecture.

The year I spent at the University of Toronto reinforced my curiosity about Asia.

Following the creation of Nunavut in 1999, a training experience in Yellowknife allowed me to experiment the strength of the northern landscapes:  silence, contemplation, restraint, humility, awareness of life, stars, rocks, sun, etc.    The territory, the nature & the culture are concepts that would take their full meaning in Japan.

I arrived in Japan in 2000, thanks to an English teaching program (JET).  I lived 2 years in Susa-cho, a small isolated village of 4,000 people on the Northern coast of Japan.  Total immersion.  Endless discoveries.  Learning the language and traditions.  At that time, I visited many traditional and contemporary projects. I then received the Monbusho scholarship (MEXT), funded by the Japanese Ministry of Education, to pursue my studies in architecture at the University of Tokyo.

After the Master degree, I worked at Kengo Kuma & Associates.  These years were like a military service in architecture.  Working hours from 10 h to midnight, 6 days/week, many sleepless nights.  The production of several scenarios, drawings, presentation documents, models, the quest for simplicity, the competitions.  This was a period of extremes.

Another experience with Yokomizo Makoto, who was the principal architect for Toyo Ito’s Sendai Mediatheque, was just as rich and intense. Several conceptual projects, competitions and residences were added to my curriculum at this time.

After almost 8 years in Japan, I met the architect Pierre Thibault and came back to Canada at the end of 2007.

I worked at the atelier Pierre Thibault in Quebec City, until 2013 where I oversaw the completion of several types of projects.

2005 Masters of Architecture, Faculty of Engineering,

The University of Tokyo

The University of Toronto